In The Footsteps of Berlin’s Women

In the Footsteps of Berlin's Women 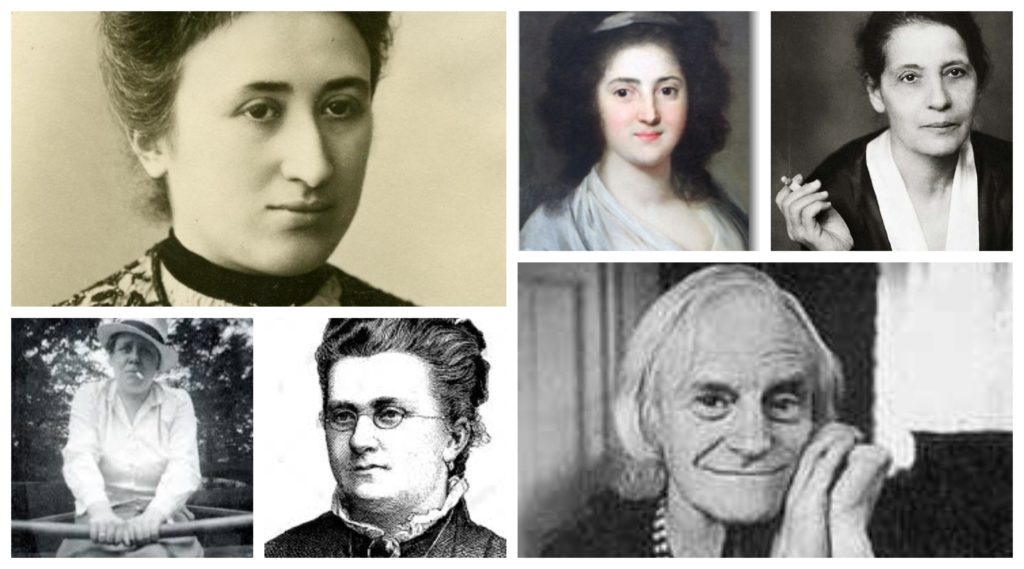 To celebrate the International Women Day (March 8th), We collected a few stories about women from Berlin.
We hope that you will use this article to discover the journey of those amazing women, how they contributed to changing Berlin, Germany and the world.

Literature, Culture, and Politics: "The salonnieres"

Not far away from the “Jewish Quarter”, next to Hackescher Markt train station, you will find the Henriette-Herz-Platz.
Although women played a significant rule from the early days of Berlin, only in the time of the enlightenment movement, have they stood on their own and not only as someone’s wife or daughters.
Our starting point, in the middle of the old city of Berlin, wherein the mid 18th century, under the role of Friedrich the Great, the enlightenment movement flourished. This movement enabled women to come to the “front stage”, ask questions and seek answers and knowledge. They established literary salons. In those salons, Intellectuals discussed everyday issues and reading literature. Those salons became a landmark in shaping Germany´s culture and the political and cultural discourse.
Many of the salonnière, the women who participated and led the literary salons,  had a Jewish background.
One of them was Henriette Herz, who, alongside her husband Markus Herz organized a dual salon.
In the beginning, Markus´s activities (men-only salon), was separated from Henriette´s salon, Eventually, they joined to one big salon meeting.
Other renown Salonnière of Jewish origin were Rahel Varnhagen, Amalie Beer and Dorothea von Schlegel,  Moses’ Mendelssohn’s daughter, who met her husband Friedrich von Schlegel in Herz’ Salon.
Address: Henriette-Herz-Platz

Henriette Herz and women like her brought a breakthrough in the development of the intellectual discourse.
The next step was letting women participate in formal studies (unlike the in-formal discourse in the salons). This brought to a cultural change, when not only the rich elites participated in the social activities but also middle-class women.
Lina Morgenstern started her activities with, among other things, writing articles to support her family. Morgenstern was involved in establishing soup kitchens all over Berlin. This lead to her writing a cookbook. In this book, she gave a few tips on how to run soup kitchens. Until this day, she is known as “Suppenlina“,
Address: Linienstraße 47
On your way to the commemorative plaque in honor of Lina Morgenstern, you will pass by a building where the first two women physicians licensed in Berlin worked – Franziska Tiburtius and Emilie Lehmus.
Adress:: Alte Schönhauser Str. 23 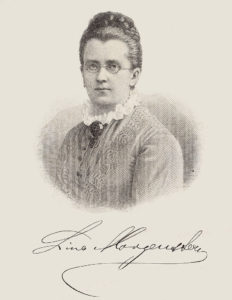 Like Morgenstern and Herz, also our next hero is of Jewish origin: Rosa Luxemburg. Born in Poland, she became one of the most important women in Germany´s modern politics. Fearless politician and one the leaders of the Communist Party that tried to take over Germany after the end of the First World War.
Her identity: a woman, a Jew, and a Communist made her a target for the Antisemitic propaganda. In January 1919 she was kidnapped by a group of extreme right-wing militia. After torturing her, they threw her dead body into the frozen Landwehrkanal.
On the sidewalk in  Rosa Luxemburg Square, you will find some of her citations, which are part of her memorial.
Address:  Rosa-Luxemburg-Platz
Luxemburg, Morgenstern, and Herz were not the only Jewish Women who brought changes to Berlin. The Jewish community in Berlin introduced to the world the first women Rabbi, scientists, authors, artists, and pioneers.
You can hear about some of them in our Jewish Tour 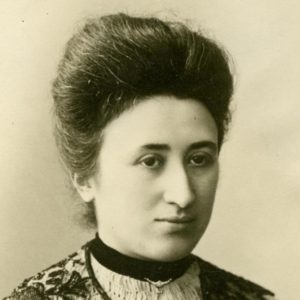 Willing to fight for their rights

Women struggle for their rights (and the tights of the oppressed) was not an easy task. Many of them, including Rosa Luxemburg, were put in the Barnim Street Women´s Prison, where also political prisoners found themselves, for example, those who demanded equal political rights and the right to vote.

Even after women were given equal political rights (in 1919), there were still political prisoners who were jailed in Barnim Street Prison. More women found themselves in this prison during the time of the Nazi regime (especially those who were members of socialist or communist parties).

In the place where once the Prison stood you can find a memorial on the sidewalk.

One of the women who was imprisoned there was Hilde Radusch, an activist for lesbian rights and a member of the communist party in the 1920s.

After barely surviving the Nazi prisons, she met the love her life, Else “Eddy” Klopsch. They were the owner of a restaurant during those dark ages and helped resistance fighters and Jews. They survived only because a friend of them, who worked in the police, gave them a warning. they lived together until  Klopsch death. Radusch became one of the most famous characters in the Lesbian equal rights movement in the 1970s. 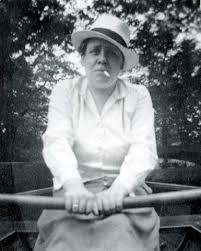 As you can understand from the last paragraph, the fight continued in the 1970s and even today. In Berlin, other aspects were added as the struggle evolved. Some of the activists were born male but always felt as women. As early as the 1920s, Dr. Magnus Hirschfeld performed gender  reassignment surgeries.
Not far from Barnim Str., in Greifswalder Str, Charlotte von Mahlsdorf was born as Lothar Berfelde. From early on in her life she felt that she is a woman and introduced herself as one. She became of the most important cultural activist in the GDR (“East Germany”) and was the founder of the “Gründerzeitmuseum”, that is dedicated to the early 20th-century culture in Germany. The museum is located in Mahlsdorf, within walking distance to a street that is named after her.
Museum’s Address: Hultschiner Damm 333, Mahlsdorf
(BTW, another famous Berlin trans woman is Romy Haag, David Bowie´s lover in the 1970´s) 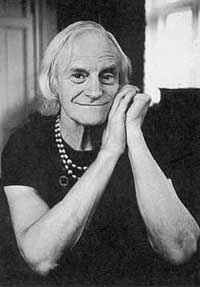 We will now leave Greifswalder Street (where you can also find a lesbian cemetery) and make our way to the Humboldt University (the use of public transportation is also possible). On the second floor of the main building, you can find portraits of women who were pioneers in their fields. Among the famous women, you might recognize Alice Salomon (who is considered to be the “Mother of Social Work” as an academic discipline), the literary historian, translator, and German-American resistance fighter Mildred Harnack-Fish, the historian Hedwig Dohm and many others. At the entrance to the University, you can find a statue of  Lise Meitner, who was part of a group that first discovered nuclear fission of uranium. She never won a Nobel Prize for this achievement, probably because of her gender and Jewish background (other members of her group were awarded the prize in 1944).
The list is long and can go on. Some women are famous and some less. Just behind the University, opposite the Museum Island, you will a police officer guarding the house where Angela Merkel lives. At this point, it is worthwhile mentioning that there is still a misrepresentation of women in Germany politics (only 31% of the representative in the German Parliament are women)
On our way to the University we will pass by Alexanderplatz, where a relative of mine, Martha Wygodzinski, held her clinic. Wygodzinski was a politician in the time of the Weimar Republic. Her focus was on women’s rights on their bodies. She established the first shelter of its kind for unmarried pregnant women. On July 9th, 1942 she was deported and was murdered in  Theresienstadt on February 27th, 1943. 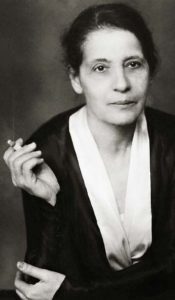